On August 21, terrorist Tabrak was trying to infiltrate near LoC. He was captured after being injured in firing by the Indian Army. Pakistani rupees have been recovered from him.
Indian Army has arrested a Pakistani terrorist, who has made big revelations. The terrorist told that a Pakistani colonel had given him 30 thousand Pakistani rupees (Indian Rupees 10,980) to attack the Indian post.
He has confessed these things in the video, which has been released by the news agency. This terrorist has already come under the grip of Indian forces. This time it was arrested during an infiltration near the Line of Control (LoC) in Rajouri.
According to reports, on August 21, terrorist Tabarak Hussain was trying to infiltrate near the LoC border with his 4-5 companions. He was trying to cut the wire near the Indian post when the soldiers saw him. The soldiers challenged him, after which Tabrak tried to run away. He was injured in the firing and was caught alive.
The rest of his companions fled taking advantage of the dense forests. The injured Tabrak was immediately given medical treatment. On recovery, he told that he is a resident of Kotli district of Pakistan. During interrogation, he revealed the conspiracy to attack the Indian post.
Tabarak told that he was sent by Pakistani Colonel Yunus Chaudhry to attack the post and gave him 30 thousand Pakistani rupees. Tabraq, along with his teammates, had also recceed 1-2 forward posts, so that they could attack when given a chance. The colonel had given him this target on the same day he was arrested.
Tabarak was also arrested by the Indian Army in the same area in 2016. Then he came with his brother Haroon Ali. However, then the army released him on humanitarian grounds. He was deported back to Pakistan in November 2017.
In a second operation on 22-23 August, 3 terrorists tried to infiltrate in Lam sector of Nowshera. The jawans were keeping an eye on them, as soon as they crossed the LoC and reached near the minefields, the mines got activated.
Two terrorists died on the spot in the blast. One terrorist was injured, but took advantage of the bad weather and fled. The bodies of the slain terrorists were recovered the next day. Right now the search operation is going on here, but there are land mines in this area, so it is being done carefully.

Sawan Kumar talks in memories; Bollywood Celebs Reactions On Demise Of him

Jammu and Kashmir may get statehood soon: Finance Minister... 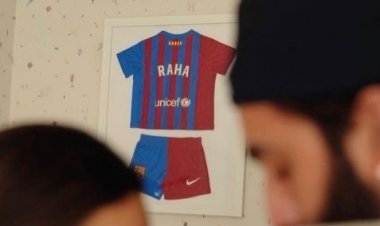