Ranbir Kapoor appeared soaked in blood: a picture from the set of Animal went viral, seen in a very intense look Ranbir Kapoor is enjoying his fatherhood these days. Apart from this, he is also busy completing all his remaining projects. Now recently a picture of him has come to the fore and has gone viral from the sets of his upcoming film Animal. Ranbir is seen soaked in blood in this viral picture. Injury marks are visible everywhere on his body. This picture seems to be an action sequence of the film. The film will be released on August 11 next year.

This picture of Ranbir Kapoor went completely viral as soon as it surfaced on social media platforms. This picture seems to be an action sequence of the film. In the viral picture, Ranbir, dressed in a white kurta, is seen covered in blood. Injury marks are visible at various places on his body. Apart from this, his hair looks very big and tangled. Looking at the picture, it can be inferred that the audience might have never seen this avatar of Ranbir before.

In an interview, Ranbir Kapoor said that he became a part of Animal film because of its script. Ranbir said that the script of the film was such that it took him out of his comfort zone. Ranbir also said that he was very nervous before doing the film but at the same time very excited. Let us tell you that a lot of gray shades will be seen in Ranbir's character in the film.

Apart from Ranbir Kapoor, Bobby Deol and Anil Kapoor will also be seen in important roles in this film. Rashmika Mandanna will be seen opposite Ranbir. This is a Pan India film which will be released in other languages ​​of the South apart from Hindi. The film will be released in theatres on 11 August 2023. Sandeep Reddy Vanga has directed this crime drama film. Sandeep Reddy also directed Kabir Singh.

Ranbir Kapoor has recently become a father. His wife and actress Alia Bhatt has given birth to a daughter on 6 November. Ranbir and Alia have named their daughter 'Raha'. Although now Ranbir is returning to his work. This year two films by Ranbir Kapoor, Shamshera and Brahmastra have been released. While Shamshera flopped badly, Brahmastra collected around 400 crores. Alia Bhatt was also seen opposite Alia in Brahmastra. 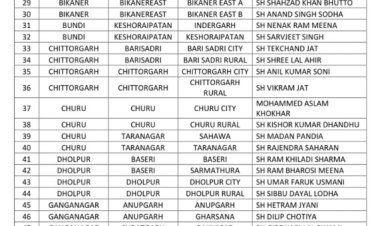