Parents kill their daughter in Maharashtra: were doing black magic on a 5-year-old girl

Parents kill their daughter in Maharashtra: were doing black magic on a 5-year-old girl; If he could not answer the question, then he was beaten to death. Parents kill their daughter in Maharashtra: were doing black magic on a 5-year-old girl

A husband and wife thrashed their five-year-old girl to death in Nagpur, Maharashtra. They were doing black magic on the girl to ward off evil powers. According to the police, the incident took place on the intervening night of Friday-Saturday. The girl's father Siddharth Chimne (45 years), mother Ranjana (42 years) and aunt Priya Bansod (32 years) have been arrested.
Police said that the girl's father Siddharth runs a local news channel on YouTube. He had gone to a dargah in the Takalghat area last month along with his wife and two daughters aged 5 and 16, on the occasion of Guru Purnima.
After returning from there, he suspected some change in the behaviour of his younger daughter. He felt that evil powers had overpowered his daughter, so he decided to do black magic on the daughter.
The girl's father and aunt cast a spell on the girl in the night. During this, the girl started crying. Then he asked some questions to the girl, which the girl could not understand and could not answer. After this, all three started beating the girl. They hit her so much that she fainted and fell to the ground. The accused also made a video of this entire incident. The police have recovered this video from his phone.
On Saturday morning, the three accused went to the Dargah first with the girl. After this, he was admitted to the government hospital and fled. When the security guard of the hospital became suspicious of all three, he clicked the photo of their car. The doctors at the hospital declared the girl dead and informed the police.
Based on the photo of the car clicked by the security guard, the accused were identified by the registration number of the vehicle. Officers from Rana Pratap Nagar police station arrested the accused from their homes. A case has been registered against the accused under the Abolition of Human Sacrifice Act and the Superstition and Anti-Black Magic Act. Sentenced after 2 years in murder case: Ryan Grantham gets... 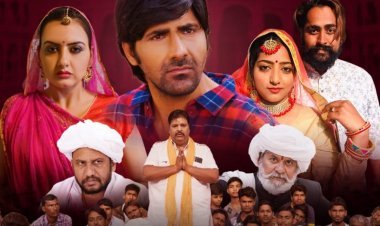