Kejriwal told AAP Kanha: Said- party is killing demons like corruption and inflation, some people only give speeches

Kejriwal told AAP Kanha: Said- party is killing demons like corruption and inflation, some people only give speeches Delhi CM Arvind Kejriwal called the Aam Aadmi Party Kanha during a program on Sunday. He said that AAP is also killing demons like inflation, unemployment, and corruption for the last 10 years like Kanha. During this, Kejriwal targeted PM Modi and said, some people tell from the Red Fort that I am fighting corruption. In fact, it is not the Aam Aadmi Party that is fighting corruption. Kejriwal said that when Shri Krishna Ji was a child, people used to affectionately call him Kanha. Kanha had killed big demons, the Aam Aadmi Party is also doing the same thing. Had the other parties done this, people would have kicked us away.
People are liking the honesty, education, healthcare and freebies of the Aam Aadmi Party. He said that the Aam Aadmi Party has introduced free revdi, which is neither eating nor spewing out of them. There are reports that the government is going into loss. He has a debt of Rs 3.5 lakh crore, he did not even give freebies, then how did he get into debt? Everything is getting free in Delhi, yet there is no debt on the government.
Kejriwal said that there are two types of politics. In one, people earn money, fill their homes, and then sit and eat their ashes. At the same time, in the second type of politics, the people are getting the things they need for free. Some people do not consider the facilities available for free, they are the same people who want to fill their stomachs through politics.
Delhi CM said that I did not see the freedom struggle, but today every MLA of our party is fighting for the country. He is being offered 25-25 crores, but he is facing the investigating agencies by turning down the money. Even if BJP puts everyone in jail, we will not back down.
If India has to be made Vishwa Guru, then nothing will be done by giving speeches abroad. For this, we have to build schools, and work on education, health, women's safety, farmers' income, employment and infrastructure. Then no one can stop India from becoming the number one country in the world.

Chahat Khanna on the allegation of taking expensive gifts from Sukesh

Accused of urinating on the flight clarified in the court:...

Hatred will not go away by leaving the country: Farooq's... 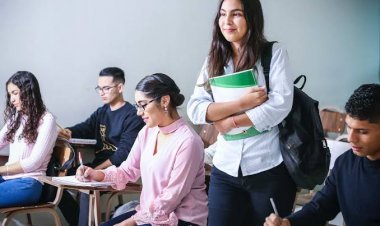