Actress Ananya Raj has already signed her second Telugu film. She plays the leading role in the film named 'untitled'. Actress Ananya Raj Talks About Her Recent Films And More

Bollywood Actress Ananya Raj has been making waves with her performances and looks. She can shuttle between glam and earthy in a moment and nails both. Ananya Raj is an Indian young actress and model who has worked in multilingual films. At the beginning of her career, she was appreciated for her acting prowess in films like ‘7 hours to go and Ghost.

Actress Ananya Raj has already signed her second Telugu film. She plays the leading role in the film named 'untitled'. Telugu Actor Naveen Chandra plays the lead hero. Apparently, the makers of the film hardly took any time before deciding on Ananya. It's a very strong role and they wanted somebody who could act on point and look the part and they found her fitting the bill. The film is being directed by Critically acclaimed director Srinivasa Raju.

Let’s take a look at the conversation with Ananya Raj -

Tell us something about your background.

Ananya - I was born in North India (UP) and brought up in Mumba, Maharashtra. She studied at the University of Mumbai before enrolling herself in an acting school to pursue a career in Bollywood.

Tell us what inspired you to enter the world of films.

Ananya -  Honestly, Since childhood, I was always this kid who would break into a dance on hearing a Bollywood number. during my school and college years, I would take part in plays, dance, etc. So to answer your question, I was naturally inclined towards arts.

Tell us a bit about the struggle you went through in order to pursue your dreams.

Ananya - My Journey has been tough. I came close to leaving the industry because I was broken due to an endless number of rejections. Not to mention, the industry is full of sleaze-balls.

Tell us about your upcoming two movies and your character in them.

Ananya - My upcoming releases are Thaggede le ("Dhaba" in Hindi) a Telugu film and Madrasi Gang, a trilingual. I play a de-glam character in madras Gang named Savita, raised in the chawl system of Mumbai. Thaggede le I play an NRI returned from the US.

How challenging was it to adapt to a different language?

Ananya - It's difficult but the south industry has been supportive linguistically. I guess they know the challenges.

What is that one thing that motivates you?

Ananya - Audience's response towards my work. I don't care whether it's negative or positive, I just want my projects to reach a large number of people. it gives me a kick.

Name a few directors that you wish to work with one day.

Ananya - Mr. S.S. Rajamouli, Mani Ratnam and Nag Ashwin! Is that too much to ask for?

What do you think of OTT?

Ananya - It's a boon during natural disasters. OTT has given new hopes to artists including the makers. I think it's one of the most successful discoveries of show biz.

Will we be able to see you on the OTT platform?

Ananya - Yes. My upcoming OTT show is called "High-dose". It has been produced by a popular Marathi film production 'Shonali films', directed by Dilip Vasudev. I play one of the names of the lead Revathi.

How did you bag the Telugu film?

Ananya - I believe things happen when you least expect it and that's how I bagged the Telugu film that I recently finished shooting for but this is not the first Telugu film I have been part of. I was offered a mythological film in the Telugu industry way back in 2016 in a leading role that couldn't be completed due to some copyright matter.

Was language a problem when doing the Telugu film?

Ananya - Yes. I used to have my days. Somedays I would surprise everyone by catching the pronunciation so well but some days would be difficult. I totally appreciate these north Indian actresses doing so well in the south despite the language barrier.

Ananya Raj will be seen in a Telugu film next tentatively titled 'The Gang'. The film is being shot in Telugu, Tamil, and Hindi Simultaneously. Ananya plays the lead role in the film. The movie is being directed by Ajay Andrews who directed Manoj Manchu in his last release. Ashmit Patel, Adhyayan Suman, and Ranga Jinu also star in the project. Produced under the banner of S N Reddy, the movie is still being shot.

Kriti Sanon Charges A Hefty Fee For A Film, Has Her Own...

Producer Amit Bhatia opens up about his official collaboration... 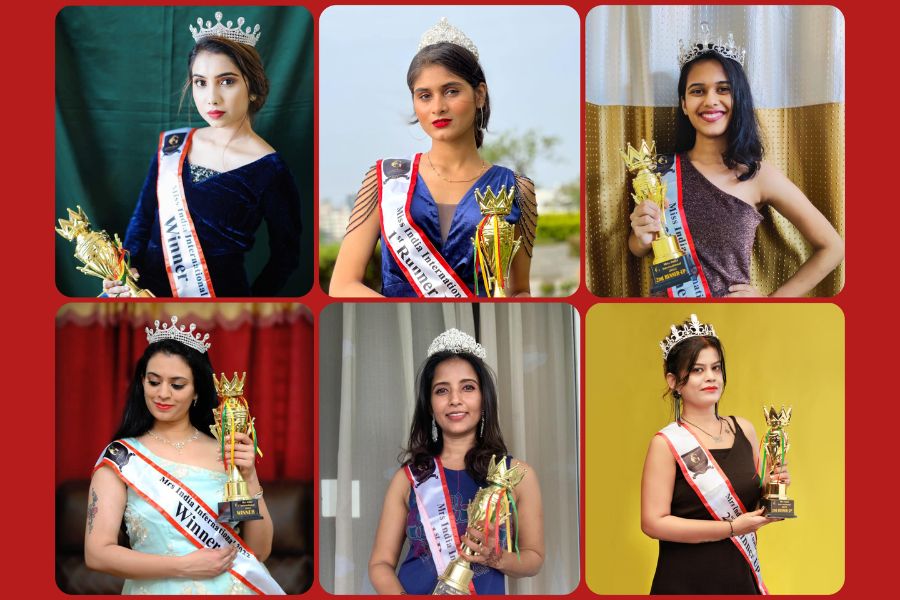