Indian International Film Festival will start on November 20: 75 youths will make a short film in 53 hours, returning to physical mode after 2 years This year 75 youths from across the country have been selected as 'Creative Minds of Tomorrow' for the Goa Film Festival. Youths in the age group of 18 to 35 years will be challenged to make a short film within 53 hours on the theme India @ 100 during the film festival itself. This year, the 53rd edition of the International Film Festival of India (IFFI) is being held in Goa from 20 to 28 November.
More than 1100 applications were received from across the country for '75 Creative Minds of Tomorrow', out of which Prasoon Joshi, R. Balki and 10 jury members from 19 states - Andhra Pradesh, Assam, Delhi, Goa, Haryana, Karnataka, Kerala, Madhya Pradesh, Maharashtra, Manipur, Rajasthan, Bihar, Himachal Pradesh, Jammu and Kashmir, Odisha, Tamil Nadu, Uttar Pradesh, Jharkhand And 75 youths have been selected from West Bengal.
Of the 75 youths, the maximum number of 23 youths are from Maharashtra, followed by 9 from Tamil Nadu and 6 from Delhi. The youngest winners are Nitish Verma from Haryana and Taufeeq Mandal from Maharashtra, both 18 years old, selected for their musical talent. A UK company will help these youths to travel from their cities to Goa and make arrangements for their stay and training for short films.
A jury headed by Mani Ratnam will select the best short films. Then those selected films will be performed during the film festival itself and they will also be awarded on 25th November.
After 2 years, the film festival is happening completely in physical mode. The festival will open with a performance by the Austrian film Alma & Oskar and the Polish film Perfect Number will be the final film of the festival. Carlos Saura of Spain will be given the Satyajit Ray Lifetime Achievement Award. A total of 183 films and 354 Indian films will be performed in the International section during the festival. 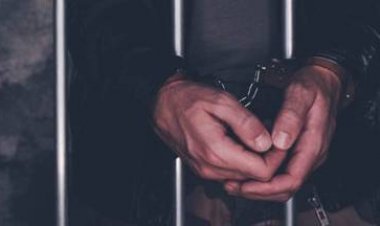