Pratik Bafna is an Indian Actor. He was born in Pune on the 14th of August, 1991. He received his primary education in his hometown Vijayapura, Karnataka in India, and later joined a Private College for his higher education.

Every day we see people with different stories, different inspirations, and different goals. Most of the time, we judge others on the basis of the choices they make and often fail to realize their compulsions and struggles. Movies play a vital role in this context.

The influence of films or movies on people's beliefs and opinions, stereotypes, and attitudes is exceptionally large. Movies change people's way of thinking by portraying emotions in a beautiful and convincing way. And this is immensely helpful in transforming society and in spreading the right messages. The artists or actors play a major role in bringing out this change in society. An actor is a person who possesses the talent to portray the emotions of any character in a natural way. Pratik Bafna is one such actor who verifies this definition.

Pratik originally belongs to Karnataka.
Like every successful person, Pratik too faced many difficulties in the path of getting his dreams true. But he kept following and nurturing his dreams, just to realize that it was all worth it eventually. Now, Pratik is a renowned Actor, Businessman, and Social Media Influencer as well. He has got a mass fan following in real life as well as whopping organic followers on his Instagram Handle.

Pratik Bafna is an Indian Actor. He was born in Pune on the 14th of August, 1991. He received his primary education in his hometown Vijayapura, Karnataka in India, and later joined a Private College for his higher education. He started pursuing modeling along with his college. He got into Modelling Industry and thus created a base for his acting career.

Pratik Bafna got his fame after his videos went viral on Social Media. Netizens appreciated and loved his content and his fan following surged. Pratik’s debut song ‘Tujhya Agamanana' in the Marathi language further heightened his fan following. People showered love on his debut song and the song has crossed two lakh views on YouTube already and still counting.

Pratik is also known for his amazing style which he carries so well and rocks it every time. He is active on social media and uploads nice content for his audience on regular basis. He is not only capable of making modern funny videos but also contributes to educational field.
Pratik regularly shares his fashionable outfits and modeling photos on his Instagram handle. Being a public figure, Pratik has most of his life open to the public domain but he prefers to keep his personal life away from the limelight.

Pratik believes that there's nothing we get without any sacrifice. He knows that physical as well as mental fitness is utmost thing in acting career. He is extremely health conscious. For that reason, he regularly follows yoga and rejuvenate himself by doing so. He is extremely selective in his diet too.

Pratik Bafna has an effective habit of having 3-4 glasses of warm water in the morning, after which he eats Oats and fruits. He has cereals and oatmeal for breakfast. For lunch, He prefers grilled vegetables, legumes, and green salads. Pratik Bafna skips rice for dinner and has dal-roti-sabzi instead which works wonderful for him.

Besides being a fitness freak, Pratik loves to wear different colours. He loves to wear Red, Black and White dresses, preferably. He is an animal loving person. He loves hiking and Bike Riding.

Pratik's acting talent is worthy of every minute the audience pays for and looking at his brilliant work, he also got a chance to work in Bollywood as well in the niche of celebrity management. He has so far worked as Celebrity Manager with various renowned Bollywood artists including Sonu Sood, Terrence lewis, Urvashi Rautela, Vindu Dara Singh, etc.

Pratik believes that hard work always pays off and that's why he always puts his heart and soul into his work. He believes that whatever he wants is paving its way toward him and that we should never stop working hard because there's no substitution for hard work, not even luck. 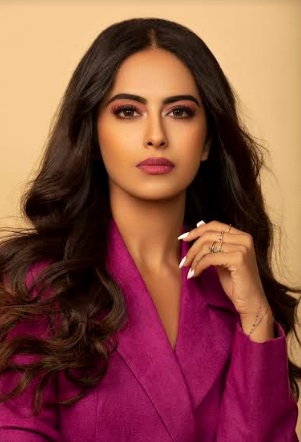