Sonia Gandhi kept Congress in power for a decade and made valuable contributions to the party. But his children could not create that charisma. They have harmed Congress. Napoleon Bonaparte declared himself King of France in 1851. His ideal was the former king Napoleon. Commenting on this, Karl Marx once said that history repeats itself, first in the form of tragedy and second in the form of a comedy filled with drama. Congress has proved Marx wrong. They are repeating their history but in the form of a comedy filled with tragedy part. If you listen to what Rahul supporters are saying on social media after the resignation of Ghulam Nabi Azad, you will find that they are talking about expelling the Old Guards. They suggest that it is they who are responsible for Congress's tight hand. He believes that the time has come to free the party from these old guards and form a new, more youthful Congress.

Is the G-23 faction the new syndicate of Congress?

Whatever is happening in Congress today, there is nothing new in it. This is the same kind of development when Congress was divided into two parts in the seventies. The name of Morarji Desai, who was the candidate for the post of Prime Minister against Shastri, was at the forefront. But, at that time senior leaders of the party put forward the name of Nehru's daughter Indira Gandhi and the tradition of giving importance to the Nehru family started. In 1968/69 a group of old Congress leaders started looking for ways to remove Indira Gandhi from the post of Prime Minister. During the presidential election in November 1969, the differences between the senior leader and Indira Gandhi came to the fore. The leadership of the Congress which was then known as the Syndicate had expelled Indira from the party despite her being the PM. This should have ended his career and forced him to resign as Prime Minister. But Indira was smarter than the syndicate leaders. He refused to resign and split Congress itself in two. Since she was able to take only a fraction of the Congress Parliamentary Party with her. That is why Indira Congress got away from the majority in the Lok Sabha as well. But he was saved by the support of allies such as the Communists. An early mid-term election was later held. The Syndicate took over the Congress organization. This faction of the Congress was called the Congress (O) and it formed alliances with other parties (Swatantrata, Jana Sangh, etc.). But Indira won a massive victory and the syndicate's influence and politics ended forever. After that, such a phase was seen in Congress as it became the personal property of the Gandhi family. This is the episode that Rahul Gandhi's supporters cite, some intentionally, some unintentionally. In his eyes, G-23 is the new syndicate. Old Congress leaders like Ghulam Nabi, Anand Sharma, and others are representing it. Like his grandmother, Rahul will form a new Congress with new leaders.

there can be no comparison

There can be no comparison between Rahul Gandhi and Indira Gandhi. Indira Gandhi was one of the smartest politicians India had ever seen. She was able to form a new Congress. His finger was on the pulse of the Indian Republic. When she made a mistake (by imposing an emergency) and tried to bring her under pressure later by the Janata government, she knew how to win India again. In 1980, less than three years after his post-Emergency defeat, he easily won a new general election. On the contrary, whatever Rahul Gandhi is, he is certainly not smart. Far from being able to form a new Congress, he is destroying what he has inherited. Indira did not fight unnecessarily with the syndicate. He did this because the Old Guards running the party wanted him to act as their puppet, in the words of Ram Manohar Lohia, a dumb doll. But in today's Congress, Gandhi's name is another name for obedience like mero man anat Kahan Macchu have, like a flight of a flight, a bird, a pun on a ship. Alam is that even people who have been disappointed with the party leadership are hesitant to speak against Rahul today. Moreover, Indira was smart enough to ideologically prepare her fight against the syndicate. He said that the syndicates are capitalists, while they are fighting for socialism. This claim may have been weak but proved to be effective. Rahul and his troupe, on the other hand, have not been able to come up with a single doctrinal issue that separates them from the so-called Old Guards.

For BJP and Team Modi, Rahul is the face of the opposition.

Indira knew when to give up. After the post-Emergency defeat in 1977, she was content to accept it silently. The Congress tried to reorganize itself without him and Indira even allowed him to do so. When the Janata government launched a vendetta against him and tried to send him to jail, did he re-enter active politics and fight back? In Rahul's case, the situation is just the opposite. Despite his indifference towards politics, he remained active while doing part-time politics. Even though he pretends to stay away from the party, every major decision of Congress has a glimpse of his approval. Apart from this, no attempt has been made by the BJP to send him to jail in the last eight years. As Indira Gandhi had to face during the Janata Party government. Rather, BJP and Team Modi consider Rahul to be the face of the Congress themselves.

Sonia Gandhi kept Congress in power for a decade and made valuable contributions to the party. But his children could not create that charisma. They have harmed Congress. The time has come for the Gandhi family to accept this and let the party move forward. Otherwise, the only thing we can say about today's Congress is that it has again proved Marx's point of view that history repeats itself first as a tragedy and then as a farce. Many such examples will be found in history in which it is shown or told that if the gait, character, and face are not changed with time, then it becomes difficult to find answers to the questions arising on existence. Party leaders think that the nature of the country is Congress, so the country cannot be Congress-free, but they do not know that if the nature of common people starts changing, then the style of politics should also be changed.

Air India Staff Calms Down A Crying Child In Flight, This Viral Video Will Touch... 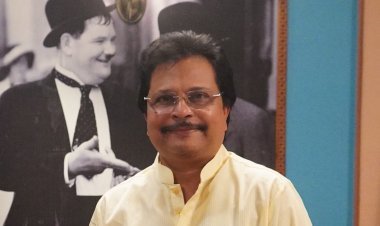