Ameesha reacted to dating with Pakistani actor: Said - this whole matter is very crazy and stupid The news of the affair of actress Ameesha Patel and Pakistani actor Imran Abbas is coming to the fore. Actually, Ameesha and Abbas recently met at an event in Bahrain. During this, both of them shot a funny video and shared it on Instagram, after which the rumours of their affair started flying. Now recently Ameesha reacted to this and told the whole truth of this video.
Ameesha said, 'I have also read these reports and I also laughed a lot on it. This whole matter is very crazy and stupid. I met my friend after many years and it was just a meeting.
Talking further about this, Ameesha said, 'Abbas loves this song of my film. Along with this, this is also my very favourite song. So we immediately made this video, which was recorded by our friends. The video turned out to be very good, so we posted it. All this was not according to plan.
Ameesha says, “We have known each other since I was studying in America. Since then I have been in touch with most Pakistani friends. They love India very much. At the same time, Abbas also belongs to the film industry there and because of this, we have a lot of topics to talk about.
Talking about Ameesha Patel's work front, she will be seen in 'Gadar 2' very soon. Sunny Deol will also be seen with him in this film. At the same time, Imran has worked in many Pakistani shows and films. He made his Bollywood debut with Vikram Bhatt's film 'Creature 3D'. TCS tops in employing women: 16% of the directors on the board of 500 valuable companies... 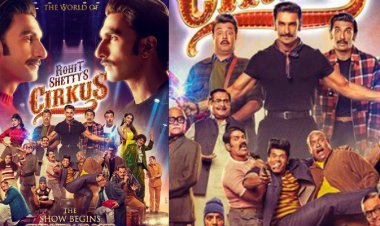