Roger Federer retires from tennis: Next week will play in Laver Cup for the last time, the record for winning most Wimbledon titles Former number one tennis player Roger Federer announced the end of his 24-year professional career by releasing a video of 4 minutes and 24 seconds. Next week's Laver Cup will be their last ATP event. He is considered one of the greatest grass-court players of all time.
Federer has won the most Wimbledon men's singles titles (8). He also has six Australian Open and five US Open titles to his name. Federer has been able to win the French Open played on clay courts only once.
Federer has thanked his fans and rival players on this journey. Fedor said, 'I am 41 years old. I have played more than 1500 matches in 24 years. Tennis has treated me more generously than ever before and now I have to decide when is the end of my career.
The last 24 years have been wonderful for me. Sometimes it seems that these 24 years have happened in just 24 hours. It is an experience as if I have lived my whole life. I am fortunate to have got a chance to play in front of an audience like you and in 40 different countries. During this, I have laughed and cried and felt joy and pain, but I have felt good about myself.
Federer is at number three in terms of winning the most Grand Slam titles in men's singles. He became the first player in the world to win 20 Grand Slams. Now this record is in the name of Rafael Nadal. He has won 22 Grand Slam titles. At the same time, Novak Djokovic has 21 titles to his name.
Federer won his last Grand Slam title on 28 January 2018. Then he defeated Marin Cilic of Croatia in the title match. At the same time, he became the first male player to win 20 Grand Slams.
Despite reaching the fourth round of the French Open played in June 2021, Federer had decided to withdraw from the tournament. He took this decision to keep himself fit for Wimbledon. They were defeated in straight sets in the quarterfinals. Since then, he has not been seen playing on the court.
Federer became the highest-paid tennis player last month. Federer achieved this record for the 17th consecutive year. His total earnings were $ 90 million (about Rs 718 crore). This earning is after deducting agent fees and taxes. Federer has earned his full earnings by appearing in advertising, business and many events.

Gehlot asked for help by writing a letter to PM Modi about Lumpy disease a national... 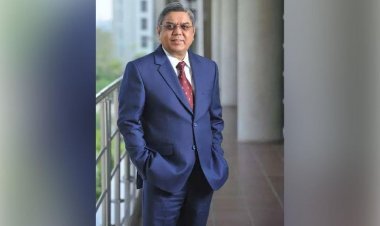