Option to file a writ against judicial inquiry; If the gazette is released, you will not be able to contest elections for 6 years The dispute between the Mayor of Jaipur Municipal Corporation Greater Dr. Soumya Gurjar and the government over the chair is not taking its name to end. After the judicial inquiry against the Mayor which was handed over to the government yesterday, Dr. Soumya Gurjar has no other option but to file a writ against this investigation in the High Court or the Supreme Court. On the other hand, if the government issues a gazette notification to remove Soumya Gurjar from the post of Mayor in the next few days, then she will not be able to contest any election for the next 6 years.
According to law expert and state advocate Vishnu Dayal Sharma, after being found guilty in the judicial inquiry, there is a provision in section 39 (4) of the Rajasthan Municipality Act that if there is a judicial inquiry against a public representative and he is found guilty in it. If so, the government has the right to remove him from office. Under these laws, the state government can issue a gazette notification to remove Mayor Soumya Gurjar from the post.
However, in this matter, the government will also take further action only after consulting legal experts. Because in February, when the Supreme Court stayed the government's suspension order, then the government was in big trouble. In such a situation, the government can take a further decision only after taking a legal opinion. Because the government or one of the parties (Yagamitra Singh) is yet to present the report of the judicial inquiry before the Supreme Court. On the other hand, Mayor Soumya Gurjar will also take opinions on this matter at the party level and from experts related to law. There is a possibility that this matter may once again go to court.
The judicial inquiry of the Municipal Corporation Greater Mayor and three councillors lasted for 430 days (about 14 months). There were hearings almost every week, with more than 200 appearances and statements of 88 witnesses. Of these witnesses, 56 were from the Municipal Corporation of Greater and Autonomous Government Department only, while the statements of 36 witnesses were from the Mayor and Councilors. In the investigation, all the allegations were accepted by the Judicial Inquiry Officer to be true. The inquiry report has been sent in a closed envelope to the Autonomous Government Department, on which the State Government has to take a decision.
Actually, the controversy started on 4 June 2021 in the chamber of Mayor Soumya Gurjar. The then corporation commissioner Yagyamitra Singh Deo had accused himself of being assaulted and misbehaving in the mayor's chamber. While complaining about this to the state government, he had also lodged a case against three councillors at Jyoti Nagar police station. After that, the government got the entire matter investigated by a deputy director level officer first and then started a judicial inquiry into the matter.

Bhutani Group partners with chartbuster ‘Casanova’ to connect with the GenNext 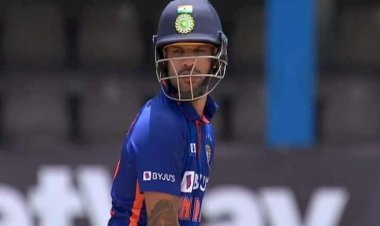