Late night brother asked to sleep by turning off the phone, dead body found in the morning In Jaipur, a class 10 student committed suicide by jumping off the terrace. On Wednesday morning, the body of Navya Sehgal (15) was found lying in the community center near the house. Seeing the dead body on the spot in the morning, people informed the police. Sodala police also called the FSL team to the spot. Police have also recovered Navya's mobile and sandals from the roof of the multi-storey building.
Sodala police station CI Satpal said that in the interrogation so far, it has come to the fore that Navya had a talk with her elder brother at around 1.30 pm. Then the brother asked to leave the mobile and go to sleep. After this, the brother went to his room. Possibly late at night Navya reached the terrace and jumped. When people reached the community center in the morning, the body was found lying.
Navya's family lives in a 3-storey building behind the community building in the Sodala police station area. Navya's family has a flat on the second floor of this building. Who studied at DPS (Delhi Public School). At the same time, Navya's father Vinay Sehgal is a manager in the car company. Only Vinay, daughter Navya and son lived in the house.
CI Satpal said that at present the police are searching Navya's room. However, till now the police have not got any concrete evidence. The family is in a bad condition after getting Navya's dead body in the morning. He was living in this flat with his family for the past several years. The whole family is shocked by this step taken by Navya. The family members also want to know what was the reason that Navya took this step.

Millions of fraudsters arrested in America on the pretext of 'Kirtan' 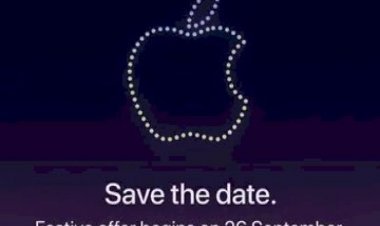