Famous actress of South Industry Stefy Patel is the heroine of Yash Mehta in this movie. His working experience with Stefy was very good. Yash Mehta is starting a tremendous innings in Hindi cinema with producer Vishal Mehta's film "Match of Life"
Producer Vishal Mehta's Hindi film "Match of Life" is all set to hit the theaters on August 5th, marking the entry of a new hero Yash Mehta in Bollywood. Yash Mehta's look, his performance is looking tremendous in the trailer of the film. Made under the banner of Yashika Motion Pictures, "Match of Life" is being released all over India by Screenshot Media & Entertainment Group.
It is noteworthy that Yash Mehta has done an acting course for 3 years at Marwa Acting School, Noida, and has also done a lot of theater. He is going to debut with this film. Yash Mehta says that if a common man is born with the face of a celebrity, then what happens to him, this is the story of this film. The film has been shot at many delightful locations including Mathura, Noida, Ghaziabad, Lucknow, Mumbai, Rishikesh, and Delhi. On the sets, I was called by the name of my character Arjun, not Yash.
Famous actress of South Industry Stefy Patel is the heroine of Yash Mehta in this movie. His working experience with Stefy was very good. There was a better bonding with all the actors in 40 days of shooting. The film has beautiful songs from four different genres and Yash Mehta's favorite song is Yaariyan.
Yash Mehta insists on making his scenes realistic. He explains, "In one scene of the movie, it is shown that the director exploits Amit Mishra, when I try to tell the truth about that director to Amit, he gets angry and slaps me in anger. I wanted this sequence to be real, so I told Amit to slap me hard so that it doesn't look fake."
Talking about his future plans, Yash Mehta said, "As of now, we are all very excited about the release of Match of Life. At the end of the film, we have also kept the possibility of part 2. Also, I am going to appear in many upcoming music videos. Yash Mehta considers Akshay Kumar as his favorite star because he does all his actions himself. Yash Mehta wants to do a romantic action film that has tremendous fight sequences.
The film's producer Vishal Mehta hails from Ghaziabad and Match of Life is his first film as a producer. He said that after seeing the lookalike of Virat Kohli, the idea of ​​the story of this film came to his mind. The lead role in the film is played by Yash Mehta who has worked hard on his looks and performance. We shot for 10 days in Mathura. To make the film even better, another producer Kapil Puri was added. When the budget of the film increased, the cast also increased. It is a family cinema with a perfect blend of romance, comedy, action, and music. Director Aman Sagar has made this film with great effort.
Vishal Mehta further told that Yash is looking very good on screen. He has done wonders in the action sequence. He has come into the industry after taking training in acting. The film has a party song, an emotional song, a song shot in Rishikesh and a title song sung by Shabab Sabri.
Vishal Mehta says that Amit's character is a loser while Yash Mehta saves him everywhere. Thought a lot about the title, then the idea of ​​Match of Life came and I am fortunate to have got this title.
We will also make Match of Life 2 under Yashika Motion Pictures."
The character of a producer is also shown in the film which is played by Vishal Mehta, thus he has also acted. Vishal Mehta told that Israr Ahmed has also contributed a lot from the casting to the release of the film.
We have made very good cinema on a controlled budget, whose story will win the hearts of the audience. After the theatrical release, we will release it on a good OTT platform as well.
Yash Mehta is the hero in this film, apart from him Amit Mishra, Rajpal Yadav, Stefy Patel,
Ghazala Parveen, Supriya Karnik, Sudha Chandran, Anil Dhawan, Zakir Hussain, Akhilendra Mishra, Hemant Pandey, Vrajesh Hirje, Arun Bali, and Pankaj Berry are there in the movie.
Most Talented Actor Yash Mehta believes that real life is also a match, an attempt has been made to depict the same thing in this film Match of Life. We all hope that the audience will like this film and my character. The story, screenplay, and dialogues of the film are written by producer Vishal Mehta himself. The music of the film is given by Shweta Baheti Tayal and Ravi Chopra.
Also Read: Disha Patani Said This In Bold Scenes In Ek Villain Returns, Read The Full News

What Are Periods Of Acne? Learn Easy Home Remedies To Deal With It 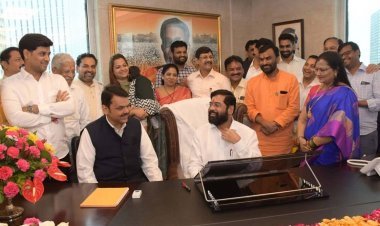 These 5 Normal-looking Symptoms Can Be A Sign Of Cancer,...

According to the World Health Organization, cancer is the second leading cause of... Sharing his experience of working on this series, music composer Rohit Sharma says,... 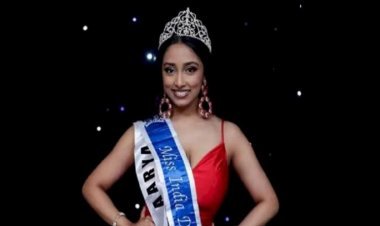