Ali Fazal-Richa Chadha Wedding: Richa-Ali will give a grand reception after the wedding in September, 400 guests will attend Actors Ali Fazal and Richa Chadha have been in discussion about their marriage for a long time. Now the news is coming that Ali and Richa are going to tie the knot in September this year. According to the reports, the couple's wedding will take place on a grand and very big level. After the wedding, the couple will also host a grand reception in Mumbai, which will be attended by 400 guests.
After waiting out the pandemic, lovebirds Ali-Richa Chadha are finally planning to tie the knot with family and close friends in Delhi in the last week of September reports India Today. After this, the couple will give a grand reception in Mumbai, which will be attended by 350-400 guests. It has been many years since both of them are dating each other and now both are finally getting married.
Ali and Richa got engaged in 2019 and agreed to get married in 2020. Reports say that earlier the two had fixed April 21, 23 and 24 for the wedding. However, due to the Covid-19 lockdown, he had to cancel his marriage.
Richa Chadha had revealed in an interview that both she and Ali were planning their wedding and were ready to send the invitation bus. However, keeping the Covid in mind and seeing the elderly members of their family, the couple decided to wait for it. Richa had said, "Now, we will get married only when normalcy returns."
The couple had also shifted to their new house last year. While the wedding planning was put on hold. The two have now decided to move forward together. Let us tell you that Richa and Ali met for the first time on the sets of the film 'Fukrey' and from here the love story of both of them started. Ali was heartbroken on seeing Richa. But, Richa first proposed to Ali, to which the actor took three months to respond.
On the work front, Ali and Richa will be seen together in 'Fukrey 3'. Apart from this, Ali will also be seen in 'Khufia', 'Baonre', 'Happy Ab Bhag Jayegi' and the Hollywood film 'Kandahar'. Talking about Richa, these days she is working on the film 'Abhi Toh Party Shuru Hui Hai'. Together they are also producing a film named 'Girls Will Be Girls'. 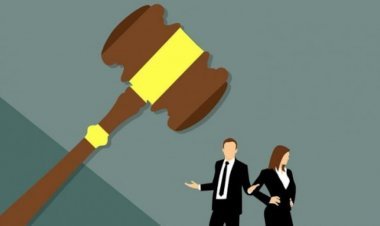