Musk will hire engineers in India: Plan to decentralize Twitter

Musk will hire engineers in India: Plan to decentralize Twitter, will also give shares to employees Elon Musk is now planning to hire new employees on Twitter. During a meeting with employees, Musk revealed his plans to hire more people in engineering and sales. The Verge has published a report regarding this. According to the report, Elon Musk wants to decentralize Twitter by setting up engineering teams in Japan, India, Indonesia and Brazil.
In the meeting, he claimed that Twitter's technology stack needed to be built from scratch. He said that it is a good idea to have some degree of decentralization. It is not yet known what kind of engineers or sales executives Musk is planning to hire. However, in the past, he had stressed the need for software engineers and called it a 'top priority'.
Musk also told about the benefits of those employees who are still with Twitter. He claimed that he would be paid in stock options (shares) and that from time to time he would have the opportunity to sell those stocks. Musk's other company SpaceX also offers similar stock options. During the meeting, Musk praised Twitter's presence in Japan. He also said that Twitter is not America-centric but Japan-centric.
Stock option means giving shares to the employee of the company at a price much less than the market price. Employees can earn profit by selling these shares received at a low price according to the conditions. Elon Musk was also given stock options by Tesla in 2018 as a compensation package. Tesla had said that if Musk meets the financial target, he will be given this package. Musk accomplished this very quickly.
Elon Musk bought Twitter in October for $ 44 billion, ie Rs 3.58 lakh crore. Since taking charge of Twitter, Elon Musk has been busy making major changes in the company. A few days back, they fired around 3,700 employees in the first round of layoffs. At the same time, 90% of the company's employees in India were removed. The layoffs were initiated by him along with CEO Parag Agarwal.

Increase in MSP of Rabi crops: Support price of wheat was... 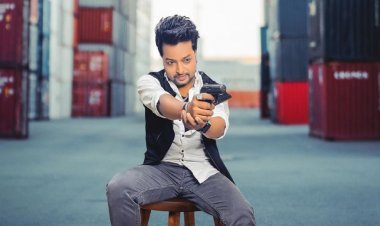