Lying is also a disease. There are some people in the world who unknowingly lie many times. Due to this, many people are upset, and many have come to the point of getting divorced. One such case is of American theatre artist and producer Christopher Massimine. He has a habit of lying. Due to this, they are upset. Due to this he lost his job and got divorced.
The scope of his lying is huge. Once he claimed that he has conquered Everest, while at that time he was sitting in a hotel in Cambodia. He has also claimed to have received the award in the White House. They even lie to the doctor treating them for their lying disease. 36-year-old Christopher says that he is not a lying fraudster, but mentally ill.
Christopher has 'Cluster B personality disorder', in this syndrome the person lies to get attention from others. His wife, Maggie, says she could not tell when Christopher was lying and when he was telling the truth. In such a situation, he thought of getting divorced many times. Christopher has been lying since childhood. When he did not get good marks in mathematics in the second class, he lied to divert the attention of his family members.
A University of Michigan survey revealed that 5.3% of Americans lie an average of 15 times a day. Many lie because of being leaders or shopkeepers. At the same time, many lie without any apparent reason. However, with the help of therapy, the condition of these people can be cured.

Workers Quitting for a Better Environment in America: Want...

Fake teeth found in the food of British Airways flight

US court's decision - Sikh youth with beard and turban...

America will teach a lesson to Pakistan with the new bill

Family murdered for not giving nude pictures; Officer in... 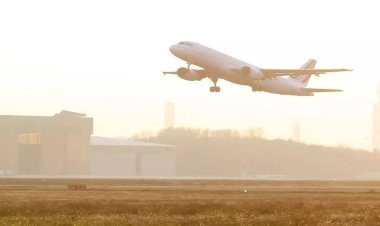