Concession to Saudi Prince in Khashoggi murder case: America will not prosecute, said – sanctions on PM Modi were also removed The White House said on November 18 that the US has granted immunity to Saudi Crown Prince Mohammed bin Salman in the Khashoggi murder case. That means they will not be prosecuted for that case. After this decision, there was criticism of the Biden government. In clarification of which the spokesperson of the US State Department said that this is not the first time that any kind of exemption has been given to any head of state.
Relations between America and Saudi Arabia have not been going well for some time. It is believed that Prince Salman has been given an exemption to bring the relationship back on track. However, White House National Security Spokesperson John Kirby says that all this has nothing to do with the relationship between the two countries.
He said- US President Joe Biden is rethinking the relationship between the US and Saudi Arabia. This is because the Organization of Crude Oil Producing Countries (OPEC) decided to cut oil production on 5 October. America is very upset because of this. Saudi Arabia is a prominent member of this group.
Last year, a US report claimed that the plan to assassinate Saudi journalist Jamal Khashoggi of the Washington Post was approved by Saudi Crown Prince Mohammed bin Salman. The report also stated that the crown prince considered Khashoggi a threat to Saudi Arabia.
When Trump was in power, he had a close relationship with the Saudi Prince and this is the reason why the US Intelligence report related to Khashoggi's murder was not released during that time. Biden became president and his stand on human rights has always been tough. Then the report was released. In this intelligence report, Prince Salman was directly named for the murder of Khashoggi.
Washington Post journalist Jamal Khaghoshi was murdered on 2 October 2018 at the United Arab Emirates (UAE) consulate in Istanbul, Turkey. Questions were also raised about the role of Wali Ahad Shahzada Mohammed bin Salman in this.
US State Department spokesperson Vedant Patel said – America has given exemptions to the leaders of the past as well. President Aristide of Haiti in 1993, President Mugabe of Zimbabwe in 2001, Prime Minister Modi of India in 2014 and President Kabila of Congo in 2018 were also exempted. Actually, America had imposed a travel ban on Narendra Modi regarding the Gujarat riots. At that time Modi was the Chief Minister of Gujarat. But later on, becoming the prime minister, he was given a reprieve. That is, the travel ban imposed on him was lifted.
The US government had imposed a travel ban on Modi for nearly 10 years. The US had imposed this ban on Modi for his alleged failure to stop the Godhra riots. America had invoked the International Religious Freedom Act against PM Modi. It is imposed against foreign officials who are believed to be responsible for serious violations of religious rights.

PM said - there is no military solution to Russia and Ukraine... 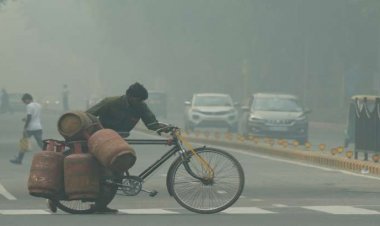