The purpose of this program is to encourage young female entrepreneurs and artists in India who are looking to pursue a career in the music industry by sharing best practices from successful women in music. Let Women Do The Talking will be open to young women who are passionate about music and will bring together rock music enthusiasts from across India.

While workshops will take place at established locations, L.A. based GUNS N’ ROSES tribute band Paradise Kitty will perform at the aforementioned locations.

The U.S. Embassy in New Delhi awarded the Waken Foundation a grant to host a series of workshops, programs, and performances that highlight women in the music industry. The project was conceptualised by Salman U. Syed (Bangalore Open Air) and Miriam Hensel (Wacken Open Air) and will be implemented by Bangalore Open Air with co-curation by Big Bad Wolf.

Giorgia Andriani flexes her biceps in this latest picture, which will definitely... Jyoti Saxena reveals one of the important aspects of this bond. The actress says,... 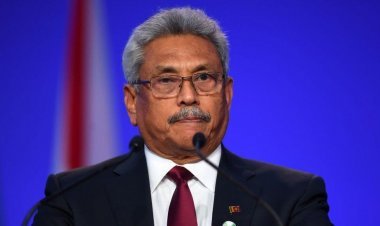 Smriti Irani first targeted the Congress by holding a press conference in the morning... Biden said - we will release Russian arms dealer in exchange for Britney, Russia...