These Habits Related To The Smartphones Of The Younger Generation Will Shock You Too!

Well, one thing is certain, all these people try to be more careful about their smartphones than the younger generation. These Habits Related To The Smartphones Of The Younger Generation Will Shock You Too!

Smartphones have become an important part of life for everyone from school children to grandparents i.e. our grandparents. The younger generation has grown up with these technologies, there has been rapid innovation in smartphone technology which means that this young generation with Gen X has seen the transition from fat smartphones to sleek smartphones today. Now in such a situation, the question arises – How do our parents, uncles, and aunts use their smartphones every day?

RJ Karishma is also seen joking about this in the video!

The 22-year-old writer jokingly said, "I think my mother treats my phone more gently than me.

You can see that the digital creator fanatic also faces the same difficulties when it comes to his mother in the video below.

"I don't know how many times my mother's phone screen has flour, maida, salt, or turmeric on it," says Anjali, a 21-year-old postgraduate student. Anjali further completes her point and says, "However their food is so good that the mistakes made while cooking is ignored."

But even after the end of the lockdown, family video calls have become a part of all Indian families. It's laughable that for Gen X, this often means holding your smartphone very close to your face even if the camera angle is down. While making video calls during work, he holds his smartphone awkwardly and does not pay attention to his camera angle. They do not care that the person in front is not seeing their face but the ceiling fan during the video call.

His accuracy in Vishnu Kaushal's reel makes us think that he is spying on us and our moms.

Well, it's a joke, let's keep these things aside, but one thing we have to admit is that Gen X is a generation that understands and adopts so many new technologies in such a short time. has been. From personal computers to other gadgets like smartphones, tablets, and smartwatches, they are slowly adopting new technologies.

Their habits of using electronic products may seem a bit strange to us people in this digital age, but one thing has been seen Gen X always knows what they want in their devices. It is no surprise, then, that he prefers Corning® Gorilla® Glass to his smartphone, which helps him protect his handset from scratches and falls while performing everyday tasks. 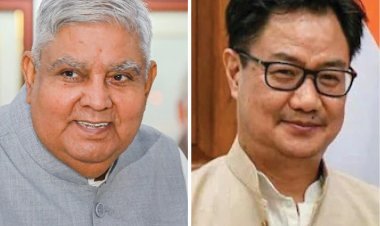