Rohit Sharma's One Shot And Kohli's 'game' Over, The Next Moment The Fans' Breath Stopped Rohit Sharma's One Shot And Kohli's 'game' Over, The Next Moment The Fans' Breath Stopped

Team India captain Rohit Sharma overtook Virat Kohli on Tuesday night. Now you must be thinking that in which case Hitman has overtaken? Rohit Sharma became the captain to hit the most T20 sixes for India as soon as he hit a six in the third T20 against West Indies. Rohit Sharma has got 60 sixes as captain in T20. While Virat hit 59 sixes. MS Dhoni hit 34 sixes.

the record was broken by a pull shot
Rohit Sharma left behind Virat Kohli his favorite shot game. He hit the short ball of Alzarri Joseph in the square leg direction and the ball crossed the boundary line. Rohit Sharma also hit a boundary but after that, the fans stopped breathing. Rohit Sharma was seen holding his waist and he had to be retired hurt. Seeing Rohit Sharma in pain, he felt that he had not become much injured, but the BCCI told through Twitter that the Indian captain had a back spasm.

However, the fans heaved a sigh of relief when Rohit Sharma was seen watching the match with his teammates. After this, he also came in the post-match presentation where he gave an update on his injury. Rohit Sharma said that I am fine at the moment. There are a few days left for the next match. Hope everything will be fine.

Team India's big win
By the way, due to the retired hurt of Rohit Sharma, Team India did not make much difference. The Indian team won the third T20 by seven wickets. The target of 165 runs was in front and on the strength of Suryakumar Yadav's quick half-century, Team India easily won the match. Yadav scored 76 runs in 44 balls with the help of 8 fours and 4 sixes.

At the same time, Rishabh Pant also played an innings of 33 not out in 26 balls. Team India is now 2-1 ahead in the T20 series. Whether Rohit Sharma plays in the coming two matches, has to be seen. Let us tell you that the last two matches between Team India and West Indies will now be held in Florida. The matches will be played on 6 and 7 August.

This Photo Of Suhana Khan In A Black Dress Will Rob Your Heart, Seen In A Glamorous...

Sunil Grover lived in a Posh Area of Mumbai earning 500 Rupees a month, This is... 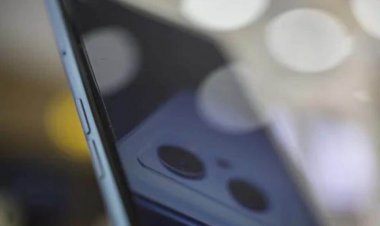