Neha Kakkar And Falguni Pathak Were Seen Together In The Midst Of Catfight, Danced On Stage 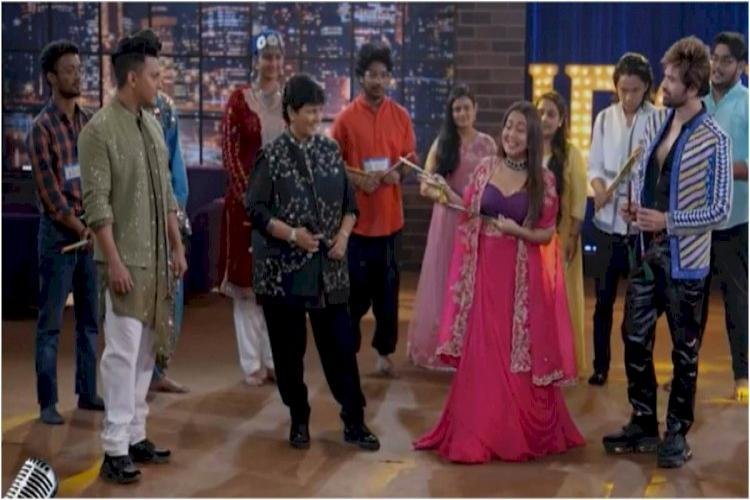 Neha Kakkar And Falguni Pathak Were Seen Together In The Midst Of Catfight, Danced On Stage

In the Bollywood corridors these days, there is a very hot atmosphere between two singers Neha Kakkar and Falguni Pathak, due to which Neha's new song 'O Sajna' is being seen. Actually, this song has been made a remixed version of 90s famous singer Falguni Pathak's song 'Maine Payal Hai Chhankai'. In such a situation, Falguni Pathak targeted Neha. Falguni Pathak had shared some comments on her Insta story, in which Neha was trolled. At the same time, Falguni gave his reaction to the song in an interview. The singer has said that after watching the song, he was only left to vomit. Amidst all this, now a video of Neha and Falguni has surfaced, in which both are seen together on the stage.

Will be seen in Indian Idol season 13

Actually, Indian Idol season 13 has started on Sony TV. Now a promo video of this show has been shared on Instagram, in which Neha Kakkar, Falguni Pathak, Himesh Reshammiya, and Aditya Narayan are also seen along with the contestants. In the video, Neha Kakkar says- 'Today is a very good day. Theater round. Let us start this by taking the name of Mata Rani, nothing can be more beautiful than that and we have the legend Falguni Pathak Ma'am among us. After this everyone starts dancing dandiya. At the same time, Falguni sings the song 'Garba' on which everyone dances. Users are commenting fiercely on this video. One has written – What do these people do to make the song famous….

Dhanshree Verma also appeared in the song with Neha Kakkar.

Let us tell you that Dhanshree Verma and Priyank Sharma have been cast in the song 'O Sajna' by Neha Kakkar. Music is by Tanishk Bagchi and lyrics are penned by Jani. This song was released on 19 September.

Disha Patani Got A Bold Photoshoot Done Braless, The Killer... Vikram Kirloskar died at the age of 64: Vikram had brought Toyota's business to...