Manoj Bajpayee's reaction on the trend of English in Bollywood: Said- Hindi is used as a sideline, I never read a script whose script is not Devanagari The trend of the Hindi language is decreasing in Bollywood. Manoj Bajpayee's reaction to this issue has come to the fore. Actually, Manoj had reached a book launch, where he was asked about the trend of the English language in Bollywood. Manoj admitted that Hindi is not only being sidelined in the film industry, but its importance is also decreasing in our society. That's why Manoj told that he read scripts of only those films, which have been written in Devanagari script.
In a conversation with Hindustan Times, Manoj said- 'Not only the entertainment industry is responsible for the sideline of Hindi, but our society is also responsible. I think everyone wants to send their children to English medium school. We want our child to learn to speak English early, after which if he has time, he learns another language. This is our fault as parents. Manoj further says that we are also failing as teachers, because we do not know the importance of our language, nor are we able to teach our children.
On the increasing trend of English in the industry, Manoj said- 90- 95 percent of the newcomers who are coming into the industry write only in the English language. It is very sad that the influence of English is increasing in the industry. However, I read scripts of only those films which are written in Devanagari.
Manoj further says that in today's era there are very few actors who demand Devanagari script. But I do not read the story of the film in any other language. If a script is in English, I return it. It is not that I do not know English, but as an artist, we should express ourselves in Hindi only. By doing this we will have a better understanding of writing, reading and speaking the language.
This is not the first time Manoj has said this in support of Hindi. Even before this, the actor has spoken about the importance of the Hindi language on several occasions. On the work front, Manoj will soon be seen in Netflix's series Soup, in which Konkona Sen has worked with him.

Fans were furious after seeing the Rape Scene Dialogues... 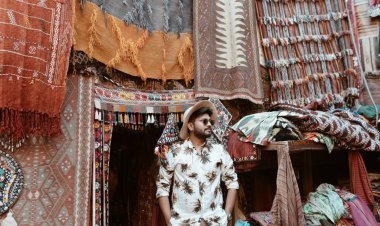