Boom in Qatar's tourism from the World Cup: 200% increase in neighbouring countries

The boom in Qatar's tourism from the World Cup: 200% increase in neighbouring countries, and 6 million tourists will come every year by 2030 The FIFA World Cup, which began on November 20, has crossed the halfway mark. The final 16 teams have been selected. Qatar was expecting 1.5 million foreign tourists by the time the final is held on 18 December. However, due to getting more responses than expected, the trees of the surrounding Gulf countries including Qatar have blossomed. More than 8 lakh tourists have reached Qatar by the first round match itself. 28.9 lakh tickets have been sold. In such a situation, it is expected to reach a record number of fans.
Qatar may have been out of the World Cup race, but it has won the hearts of fans around the world. In fact, to woo tourists, Qatar took such an initiative, which no country had done before. Qatar has abolished the requirement of visas for foreign tourists. Qatar's alcohol policy and gay rights have been questioned ahead of the World Cup, but it has proved that anything is possible if there is a will. Even after 48 matches, there was no ruckus or fight.
England's 'The Times' newspaper quoted 19-year-old sports activist Ellie Milson as saying, 'When I was coming from England to Qatar, I took my father along as a guardian. I thought that if I exposed my body, I would be arrested or tortured, but here everything has changed. No indecency was seen, and no racist remarks on girls. I have gone through a bad experience in the UK. I want such a beautiful environment to happen in Britain as well.
The host countries leave no stone unturned to make the event a success. This is also being proved in Qatar. FIFA has told member federations that it has achieved record revenue of Rs 60,750 crore from Qatar in a four-year deal. 8,100 crore from the income of the 2018 World Cup in Russia. is more. Seeing the influx of tourists, Qatar hopes that by 2030, six million tourists will come here every year.
There are 45,000 rooms in Qatar's hotels, where 5 lakh people can stay. So many tourists have stayed in nearby countries Dubai, Riyadh, Oman, and Muscat. From here, fans reach Qatar by shuttle flight of 60 to 90 minutes and return within 24 hours after watching the match. According to analytics firm ForwardKeys, the number of tourists visiting Oman from Arab countries has increased by 200% due to FIFA.
“We have never seen so many foreigners together in Qatar,” says Salman Ahmed, manager of Al-Hind Travel. Unnikrishnan, a Doha-based engineer by profession, says, “I have been working here for 10 years. Before the start of the tournament, we were a little worried about the crowd, but things are so organized that it doesn't seem like 1 million football fans are walking around this country.
Sent policemen to the Olympics and National Football League for training. Have taken the help of police from 13 countries including the New York City Police.
FIFA Club World Cup was organized in 2019 to make a strategy regarding alcohol. The ban on alcohol was a lesson taken from this.
All the offices are opening only for 4 hours till the tournament runs. 80% of the staff is working from home. The academic session has been extended by a month.
Messi-Mbappe is the most active player with 9 goals in World Cup history
Active means those who have not retired yet and their teams are not out of this World Cup. Argentina beat Australia 2-1 in the Super-16. Messi scored 1 goal. On the other hand, France defeated Poland 3–1. Mbappe scored 2 goals. With this, Messi and Mbappe have scored 9-9 goals in World Cup history. Both players have a chance to break Pele's (12 goals) record.
23-year-old Mbappe has scored 5 goals in this World Cup. Messi, Morata, Rashford and Gerrard have 3-3 goals so far. Ronaldo has been able to score only 1 goal so far.

All-party meeting for G-20 today: Leaders will be asked for suggestions for the...

Inflation at 41-year high in Japan: Increased cost of gas-electricity... 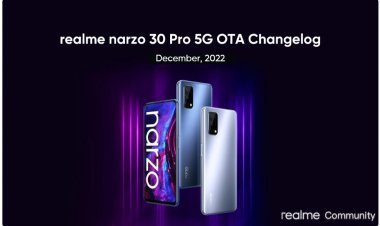