Recently, Kartik Aaryan announced his new project Aashiqui 3. Since then the rumours about the leading lady of the film intensified. People speculated that the famous TV actress Jennifer Vigant has been cast opposite Karthik in Aashiqui 3 by the makers. However, now the reaction of the film's director Anurag Basu has come to the fore. Talking about this rumour in a conversation with India Forum, Anurag said – I have also heard such rumours. Right now the film is in its initial stages and we are thinking about the aspects of making it. Once the casting of the film is done, after that we will reveal the name.
Let us tell you that if Jennifer gets Aashiqui 3, then it will not be her first film. Earlier, Jennifer started her career as a child artist in the film Akele Hum Akele Tum. After this, he also worked in Rani Mukerji's debut film Raja Ki Aayegi Baaraat. In the year 2015, Jennifer appeared in the film Phir Se opposite Kunal Kohli. Jennifer is known in the world of TV and web series more than on the film screen. He has worked as a lead in many popular TV shows including Kasautii Zindagii Kay, Dil Mil Gaye, Saraswatichandra and Beyhadh.
Let us tell you that Karthik Aryan was also not the first choice of the makers for Aashiqui 3. Earlier, the makers wanted to cast Sidharth Malhotra and Alia Bhatt together in the film. However, after the male lead is finalized, fans want to see Shraddha Kapoor with Karthik.
Karthik informed everyone about his upcoming project by sharing the post on his social media handle. Talking to the media channel Variety, Karthik said, 'Aashiqui is a film which is a timeless classic. I grew up watching this movie. For me, working in 'Aashiqui 3' is like a dream come true. I have been a huge fan of Anurag's work and now working with him will give me a lot to learn.
Rahul Roy and Anu Agarwal's starrer film Aashiqui was released on screen in 1990 and was directed by Mukesh Bhatt. The film proved to be a big hit at the box office. Even today people remember its songs. In the year 2013, the sequel of the film Aashiqui 2 came which was directed by Mohit Suri. The chemistry of Shraddha and Aditya Roy Kapur was well-liked in the film. People were waiting for Aashiqui 3 for a long time, so after some time the wait of the fans will be over.

Approval of changes in rail land lease, now land can be taken on lease for 35 years 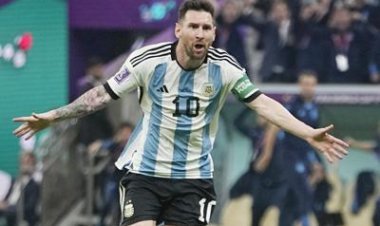