Aashiqui actress Anu Aggarwal told her ascetic life: She used to wear 2 pairs of clothes in freezing temperatures, and her head was also shaved Aashiqui fame Anu Aggarwal recently opened up about her spiritual journey. The actress recalled the days when she was living the life of a monk. During a recent podcast interview, Anu told that in those days she used to live in just 2 pairs of clothes even in freezing temperatures. Life there was completely different from the common people's.
Talking about her old life, Anu said- 'When I was living the life of a monk, we used to live there in 5-degree temperature. There was no geyser, I used to have only my bag, 2 pairs of clothes and a sweater. I have passed many years with the same clothes. Our first-class used to start at 4:30, before which we had to take a shower and dry our clothes. For all these things, I had to get up at 2:30 in the morning.
Anu further said- There we had to take bath with very cold water. Because of this my hands and feet used to freeze in those days. I always had to put on a woollen cap there, so that I could stay away from the cold. Actually, in those days I had no hair on my head. Despite all this, those days were very peaceful and memorable. I was far away from luxury life at that time.
Anu tells that the life of a monk was completely different from the life of a star. Please tell that Anu had become a star overnight after the film Aashiqui, but suddenly she disappeared from the industry.
Talking about her accident, Anu revealed that she had an accident years ago. That day Anu was going towards Marine Drive, and there was a lot of jam there. Seeing Anu, the crowd suddenly stopped, even after the signal was green, the crowd did not move. Suddenly a crowd of people ran toward Anu. That day she was alone in the car and her driver was also on leave. Suddenly people started banging on the window of her car, Anu was horrified to see this. He felt that the crowd might damage his car. Anu says people surrounded her car so badly, that she did not dare to step out.

Kashika Kapoor steals the limelight with her performance... Preparation to send direct budget to the government: Now...

Preparation to send the direct budget to the government: Now only 5 days to call... 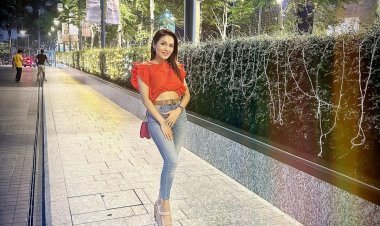