Twitter Blue will be relaunched on November 29: Musk said – service should be rock solid, subscription was stopped due to an increase in fake accounts Twitter's Blue subscription service will relaunch on November 29. Elon Musk, the new boss of the social media platform, announced this. Blue Verified is being relaunched on November 29 to make sure it's rock solid, Musk said. Earlier, Elon Musk had said that this service would be relaunched by the end of this week.
The blue check mark was previously reserved for verified accounts of politicians, celebrities, journalists, and other public figures. Now it has been added to the Blue subscription service. Any person will be able to take this blue check mark by paying. Recently this service was launched in some countries at a cost of $ 8 per month, but due to the increase in fake accounts, it was put on hold.
As soon as the paid verification feature was rolled out, many fake accounts of celebrities like former US President Donald Trump came to the fore on Twitter. Fake accounts of many companies were also created, which affected the stock of that companies. Some also created fake accounts for the gaming character 'Super Mario' and basketball player LeBron James.
Some Twitter users in India received a pop-up on the Apple App Store for Blue subscriptions on the night of 10 November. In this, the monthly price of a Twitter Blue subscription was mentioned as Rs 719. However, the price is still not officially revealed.
Three reasons to move to subscription mode:-
1. The company is incurring a loss of 32 crores daily. They want to increase the revenue with the new model.
2. Musk bought Twitter for $44 billion. They want to make up for it soon.
3. Twitter is in huge debt. They don't want to depend on advertisers to end it. 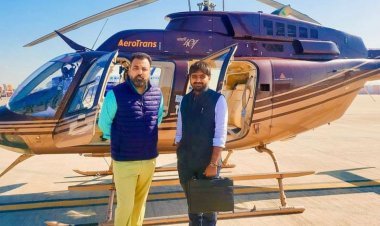