Urfi Javed, who has worked in TV shows like 'Meri Durga' and 'Bigg Boss OTT', is known for her sartorial choices. His unique dressing sense keeps him in the headlines. Social media sensation Anjali Arora, who was seen in Bollywood actress Kangana Ranaut's reality show 'Lock Up', has been in the headlines for some time due to her MMS Leak. Because of this, Anjali had to face a lot of criticism. However, he also clarified that he is not in the leaked MMS. Despite this, they are targeted. Now TV actress Urfi Javed has reacted to his MMS leak controversy.

Urfi Javed, who has worked in TV shows like 'Meri Durga' and 'Bigg Boss OTT', is known for her sartorial choices. His unique dressing sense keeps him in the headlines. Apart from this, she is also in the discussion about her controversial statements. Recently, he has broken the silence on Anjali Arora's MMS Leak Controversy.

According to 'Zoom', Urfi Javed said on Anjali Arora's MMS leak, "Even if it is her and she didn't want the video to be out. If it is leaked then he is still the victim here. Why don't you guys understand this? Even if she did it or some girl recorded herself. Even if this video is leaked, he is a victim. He recorded the video for himself. She didn't want the world to see it."

Urfi Javed further said, “If anyone is trying to leak it then he is the victim. Victims are still blamed in India. If a girl is raped, people blame her for choosing clothes. People want to put girls in the wrong light. Blame girls in India, they are called witches. If a girl does something, people point fingers at her." 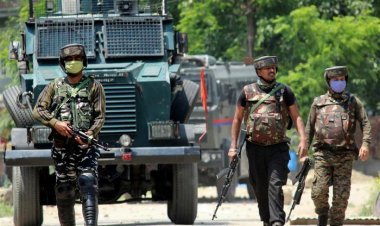 Two US leaders lost their tongue in 24 hours: Biden called the late leader, and...