There has been a stir due to the leak of audio of conversations of many political figures of Pakistan. A total of four audio clips of the talks in the PMO have come out. These are over 100 hours long. Former Prime Minister Imran Khan is also associated with this leak. The audio leaked while talking to the then Principal Secretary Azam Khan.
Imran said that the leak of talks between him and Azam at the Prime Minister's residence is a violation of national security. This is a danger to the country. Pakistan Tehreek-e-Insaf (PTI) President Imran Khan has demanded Shahbaz's resignation after the audio files were leaked.
Prime Minister Shahbaz Sharif has formed a special team to investigate the matter. Shahbaz said that this is a serious mistake. If so, who will go to meet the Prime Minister in PM House? People will think 100 times. Shahbaz also said that this is a conspiracy to oust him from power.
According to political analyst Imtiaz Gul, the audio leak is in favour of Imran Khan. They hope to get political mileage out of it. Gul said that high-profile intelligence agencies could be behind the leaked audio files from the PMO. The purpose of the leak may be to warn politicians to stay within their political limits.
India is also mentioned in an audio clip. In this, Sharif and a government official are discussing the import of industrial machinery from India. At the same time, in another file, talks are being held between Maryam and Sharif regarding the work of former Finance Minister Mifta Ismail. Ismail resigned last week.
The cabinet has asked the probe team to investigate the role of Imran or his party leaders behind the alleged audio scandal. In addition, the message from the PMO to the Pakistani embassy in the US has disappeared, on the basis of which Imran has been alleging US interference.
The special committee examined the PM House. The Prime Minister is also monitoring the mobile phone data and laptops of the house and office staff and officials. No employee or officer is allowed to take mobile phones into the building. Proposal in UNGA- Russia should give compensation to Ukraine: India abstained from... 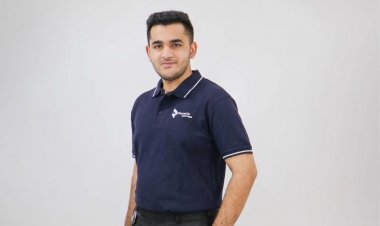 He is a quick learner and a passionate entrepreneur who has attained massive respect...