Sudhanshu Pandey: After Anupama, I realised how incredibly popular television can make you

Actor Sudhanshu Pandey, who is currently seen in Rajan Shahi’s Anupama, says that he had not imagined the kind of success and popularity TV could give before he became part of the show. Sudhanshu Pandey: After Anupama, I realised how incredibly popular television can make you

Actor Sudhanshu Pandey, who is currently seen in Rajan Shahi’s Anupama, says that he had not imagined the kind of success and popularity TV could give before he became part of the show.

“I had a lot of television offers in the last so many years and I would refuse almost all of them for various reasons. Finally, Rajan's offer came my way and he basically had to tell me only one line and I told him let's do it. The show had a fantastic story line. My character was absolutely brilliant and he didn't have to convince me much. He mentally prepared me for a long time before I got into this scenario of this daily show as it is a completely different world for me,” he says.

He adds, “I have a huge body of work behind me, including some 47-48 feature films in Hindi, some Tamil films and one Hollywood film. I was a part of India's first-ever boy band i.e the Band of Boys. We were a rage during 2002-2005. We were probably one of the biggest ones. We were seeing popularity on another level. After such a long time, becoming part of a show like Anupama, I realised how incredibly popular television can make you. Obviously, television has a different set of audiences. It's slightly different from the audiences of the OTT platforms or films. Daily shows have a very loyal and different audience. Stardom and fame that I had got with this show is something that I had not imagined earlier. We are blessed that the show has become so popular today and I can't thank God enough for the show and the kind of popularity I got after the show.”

TV content has evolved with time, says the actor. “Television was initially women-centric and there is change in the content. But I think the content on Indian television is always going to be targeted at the masses and the middle-class audiences. As it has the largest audience and that's where the popularity comes from. So, the content has not changed too much or too far,” he says.

In fact, content has become more meaningful, he says, “Definitely, television content has come a bit far from the saas-bahu shows that you used to be there earlier. Now, there is a lot more that television offers in terms of the character and the kind of relationship that you get to see on television. Also, I think a lot of television shows have also started focusing more on social reforms and sending out social messages through entertainment and stuff. That's why our show Anupama has done so well because we are giving such strong social messages. Especially for the upliftment of middle-class women and women who have been dependent. Telling them that yes, they can be independent as well,” he adds.

The actor says that even men enjoy TV content now. “Television shows have also evolved and it is no longer only meant for just women. It is definitely targeted at a larger audience. Like I said earlier, it is targeted at the middle class which is the largest class where we all belong. That is where the popularity comes from, that is where the money comes from and that's where advertising comes from. Everything is targeted there. Yes, I would say now the entertainment is for men as well as women equally,” he says, adding, “Essentially most shows have women-centric storylines but obviously male actors have equal prominence. Females are mostly the face of the show and that's how it works and that's how they get audiences and the families to get attracted towards the show.”

Elixir Productions’ Himanshoo A Pathak: From TV, web to film, might launch a web...

I have learnt to reciprocate fan’s love from Shahrukh Khan... 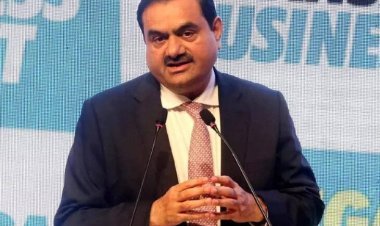