Indian women's cricket team has created history in the Commonwealth Games. India defeated England by 4 runs in the semi-final match to enter the final. Women's cricket was included in the Commonwealth Games for the first time and the Indian team has already made it to the final in the attempt.
Batting first after winning the toss, Team India scored 164 runs for the loss of 5 wickets in 20 overs. Smriti Mandhana scored 61 runs in 32 balls. Jemima Rodriguez scored 44 runs in 31 balls.
In reply, the England team could score only 160 runs for the loss of 6 wickets in 20 overs. Captain Nate Shiver scored the highest 41 runs. Sneh Rana took 2 wickets for India.
England made 135 runs in 17 overs for the loss of three wickets. The hosts needed 30 runs in the last three overs with two sets of batters captain Nate Shiver and Amy Jones at the crease. From here the Indian bowlers turned the dice. Sneh Rana gave only 3 runs in the 18th over and also took the wicket of Jones. England needed 27 balls in the last two overs. Pooja Vastrakar conceded 13 in the 19th over. In the last over, England needed 14 runs to win and 13 runs to tie but only 9 runs could be scored.
Mandhana and Shefali gave a quick start to the Indian team. The duo added 76 runs in 7.5 overs in the first wicket partnership. Freya Camp took Shefali's wicket. Natalie Sciver showed Mandhana the way to the pavilion. After that, the Indian innings slowed down a bit.
India's 100 runs were completed in 13 overs. Captain Harmanpreet Kaur was dismissed after scoring 20 runs off 20 balls. Jemima also played slow in the beginning but later she managed to increase the pace. Deepti Sharma scored 22 runs in 20 balls.
India Playing XI: Shefali Verma, Smriti Mandhana, Jemima Rodriguez, Harmanpreet Kaur (Captain), Tania Bhatia (Wicketkeeper), Deepti Sharma, Pooja Vastrakar, Radha Yadav, Sneh Rana, Meghna Singh, Renuka Singh.
England Playing XI: Daniel Wyatt, Sofia Dunkley, Ellyse Kelsey, Natalie Shiver (c), Amy Jones (wk), Maia Boucher, Katherine Brunt, Sophie Eccleston, Freya Kemp, Izzy Wong, Sarah Glenn.
If Team India wins this match, then it will ensure the first medal of women's cricket in the history of these games. Women's cricket has been included in the games from this season.
The semi-final match between India and England was to be played at 10.30 pm Indian time, but now its timing has changed. Along with this, the timing of the semi-final between Australia and New Zealand has also changed. India has played only one day-night game in T20 cricket and that was against Barbados in the ongoing Commonwealth Games. After this, the organizers made a big change for the Indian audience with the Harmanpreet Kaur-led side reaching the last four.
Team India toured England last year for a limited-overs series. The English team was successful in defeating the Indian team 2-1 in the three-match T20 series. For the first time, women's cricket has been included in the Commonwealth Games. Whichever team loses the semi-finals will play for the bronze medal on Sunday. 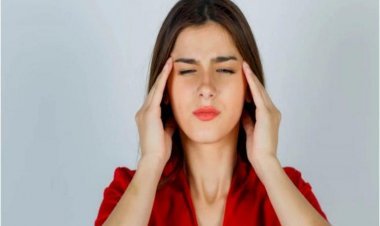