Modi's name proposed for peace in the world: Mexican President said - a commission should be made to stop war, Pope Francis should also be in it Mexican President Andres Manuel López Obrador has proposed the creation of a commission to stop wars around the world. He also says that the names of Indian Prime Minister Narendra Modi, Pope Francis and UN Chief Antonio Guterres should be included in this commission to be set up to promote peace in the world.
Obrador said that for this he would also present a written proposal to the UN (United Nations). Obrador said these things in a press conference on Tuesday.
Obrador said- I hope that the media will help us in spreading information about this. The commission's goal would be to present a proposal to stop wars around the world and a peace agreement for at least 5 years.
Calling for an end to the war, the Mexican president invited China, Russia and the US for peace talks. He expressed hope that the three countries would accept his proposal. Obrador said - someone should tell them that due to the mutual conflict between these countries, the world has faced an economic crisis in less than a year. Poverty and inflation have increased and the world is facing a food crisis. Because of this many lives have been lost all over the world.
According to Obrador, the proposed commission will help in reaching agreements in the case of Taiwan, Israel and Palestine. This will help prevent further conflicts.

Ukrainian soldiers are saving sperm before fighting the... 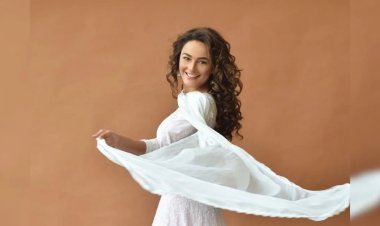