On Indian television, one can easily say that many male actors have aced female roles with utmost grace and elegance. They have brilliantly pulled off these roles and done complete justice in keeping the audience entertained. From donning a feminine outfit to playing the role of a woman, these actors on &TV have instantly captured the audience's attention. Let us look at actors like Yogesh Tripathi (Daroga Happu Singh, Happu Ki Ultan Paltan), Aasif Sheikh (Vibhuti Narayan Mishra, Bhabiji Ghar Par Hai), Saanand Verma (Anokhe Lal Saxena, Bhabiji Ghar Par Hai), and Rohitashv Gour (Manmohan Tiwari, Bhabiji Ghar Par Hai). The actors talk about the fun, challenges and appreciation they have received from the audience and their female co-actors.

Yogesh Tripathi, Daroga Happu Singh in &TV’s Happu Ki Ultan Paltan shares, “While we always have a fun track in the show but what makes the track more entertaining is when one gets to essay a completely different avatar. Male disguising themselves as female is commonplace but never fails to entertain the audience. I have thoroughly enjoyed the female roles I have played to date. Recently,  I had a lot of fun playing Maid Malta and Happi Jaan, two women who sought to seduce every man in Kanpur. As performers, we must go through multiple look trails to get the clothing and makeup right for such female characters. And I always strive to bring something new and amusing to the table. When I initially read the script, I usually thought about how I would portray a lady's elegance because playing a woman is never easy. But I always manage to amuse myself. Many actors in the industry are excellent at portraying female characters.

Apart from our very own Aasif Sheikh, I adore Govinda Ji, who has brilliantly performed various feminine roles in his films.”  Aasif Sheikh, Vibhuti Narayan Mishra in &TV’s Bhabiji Ghar Par Hai shares, “Playing female-centric comic roles is a cakewalk for me. I have essayed several female characters in the last seven years, across different age groups from 21 to 75 years. Playing a female character amaze me, and I try to do something new every time. Normally, an actor my age accepts that he will be reduced to playing only papa and chacha on screen, but here I am preparing to wear a salwar kameez, saree, mini skirt, and other such attire, but it is all worth it. It is challenging to wear such heavy costumes and do loud makeup, but now I know my way. As I have said often, as an artist, experimenting and giving your best makes me stand apart from the array of actors.

For my different female roles, the point is that all the clothing and props I need to perform that act have been permanently purchased for me and kept in my room. Whenever I become a female character for my audience (for entertainment purposes only), it is an entertaining factor for my co-stars. They also start flirting, and I respond to them similarly. This kind of role not only gives you scope to entertain the viewers, but it gives me some of my best memories. Before my audience, my co-star’s appraisals excite me”.

Saanand Verma, Anokhe Lal Saxena in &TV’s Bhabiji Ghar Par Hai, shares, “It's not easy to put yourself in the shoes of a female character. And in every other episode, my writers keep forcing me to play a female character, as my audience adores me in these outfits (laughs). There's a lot to consider when dressing up as a woman, from makeup to wigs, heavy costumes and fittings, and high heels. It's a never-ending process, to be honest. It isn't easy to play something you're not naturally good at as an actor, and I consider myself fortunate to have played over 200 female characters in Bhabiji Ghar Par Hai. I recall playing four different girls in a row in one day, and it was rather stressful, but I had a good time. I remember when I first dressed as a woman, there were various amusing events and blunders.

Still, the best one was when the media mistook me for Angoori Bhabi on the show (laughs) and began photographing me since I was dressed as Angoori. One of my favourite sequences was when TMT was getting married. And I played the mother of the pandit. It was entertaining and amusing.” Rohitashv Gour, Manmohan Tiwari in &TV’s Bhabiji Ghar Par Hai shares, “Honestly, I salute all the female actors who must go through hours to get into a character. As men, we must wear shirts and trousers with some light makeup and hair done.

In our show, almost every man has played a female character once in these seven years. I loved playing Muchon Vali, Laila’s character in the show, who keeps coming into Vibhuti’s dream. Sporting that moustache and delivering those dialogues and gestures is a different experience. "Laila's comic timing is also good, and I enjoyed portraying such female roles, and I am sure there will be more to come."

Watch Happu Ki Ultan Paltan at 10:00 pm and Bhabiji Ghar Par Hai at 10:30 pm, airing every Monday to Friday only on &TV!

Giorgia Andriani flexes her biceps in this latest picture, which will definitely... 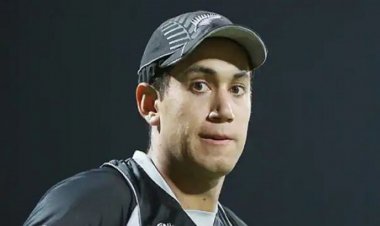 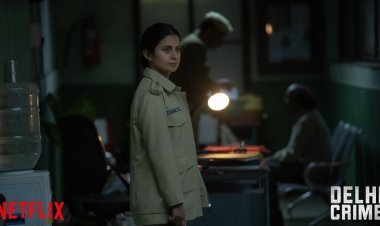 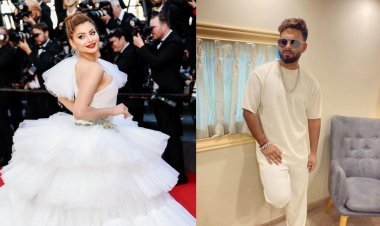 Urvashi had mentioned "RP" paying him a visit in Delhi. She declined to go into...