Condemnation motion against Russia in UNSC: India and China abstain from voting

Condemnation motion against Russia in UNSC: India and China abstain from voting; Biden said - NATO will protect 'every inch' of its land India abstained from voting on a motion of condemnation tabled in the United Nations Security Council (UNSC), which condemns Russia's illegal referendum. This proposal was introduced by the US and Albania. 10 countries voted in support of this proposal and 4 countries did not participate in the vote.
Apart from this, US President Joe Biden has warned Russian President Vladimir Putin. Biden said NATO would defend "every inch" of its land. America is fully prepared for this.
The US has also rejected Russia's occupation of four Ukrainian cities. Biden said that the US will not accept the territories that Russia has occupied. NATO has also called the Russian occupation a violation of international law.
Actually, Russia included 4 cities of Ukraine in its territory on Friday. These areas are Donetsk, Luhansk, Kherson and Zaporizhia. Putin said during this time that if Ukraine tries to recapture those cities, it will be considered an attack on Russia.
Biden said about Russia that America and its allies are not afraid of Putin and his threats. Putin cannot take over his neighbouring country, he should stay away from it. We will continue to provide military equipment to Ukraine.
Russian President Putin said it was the dream of millions of Russian people. The people living in the four parts of Ukraine also had a will and a right. Russia has included them on its border after conducting a referendum in these areas.
Ukraine's President Zelensky has called the Russian referendum a sham. He said he would never accept it. Russia has taken votes from the people at gunpoint.
Ukraine has applied for NATO membership after the Russian annexation of four territories. Zelensky said that we are making an urgent application to join NATO. However, joining NATO requires the support of all its member states.
NATO General Secretary Jens Stoltenberg has said that all members will decide on Ukraine's request to join NATO. He has made it clear that NATO is not in favour of war or conflict in any way.
President Vladimir Putin has fiercely targeted Western countries during a program in the Kremlin. Referring to India, he said that like Western countries looted India, they also want to loot Russia. Not only this, they want to make our country weak.
He said that in the Middle Ages the West plundered India and Africa, massacred the people of America, and waged war against China. Entire groups were massacred, making many countries dependent on drugs. They hunted people like animals. Now want to do the same thing with Russia.

Chris Hipkins will become the next Prime Minister of New... 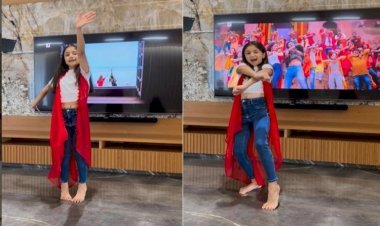